A tiny tidbit: I wrote this post sitting on the bus with my group as we descended from Tel Aviv down to Eilat two days ago.

My program has started!

It feels a little bit like a model United Nations conference! We met just two days ago but between the jet lag and extremely closed quarters it seems like much longer! We are 14 people ranging in age from 19 to 29. We are from the U.S., Ukraine, South Africa, Romania, France and Georgia (the country!).

Between all of us there are probably at least six or seven languages spoken. Our guide Rami is originally from Ukraine and he speaks fluently in Ukrainian, Russian, English and Hebrew. Being around so many people from non-English speaking countries has really opened my eyes. Languages build bridges between nations, civilizations and between humans. With language we have the power to tie the world together. I am convinced that if everyone spoke the same language, there would be less violence in the world (though this is just a theory!).

That night we went out as a group to an American-themed bar called Mike’s Place. It was open mic night and two people from our group performed! Not to mention there was a crazy man who got on stage shouting profanities as if he had some kind of agenda to dominate the bar. That man needs a good therapist, maybe an hour or two with Oprah and he’ll be all set! I wish I had a picture of said crazy person... but instead, just these crazy people ;) 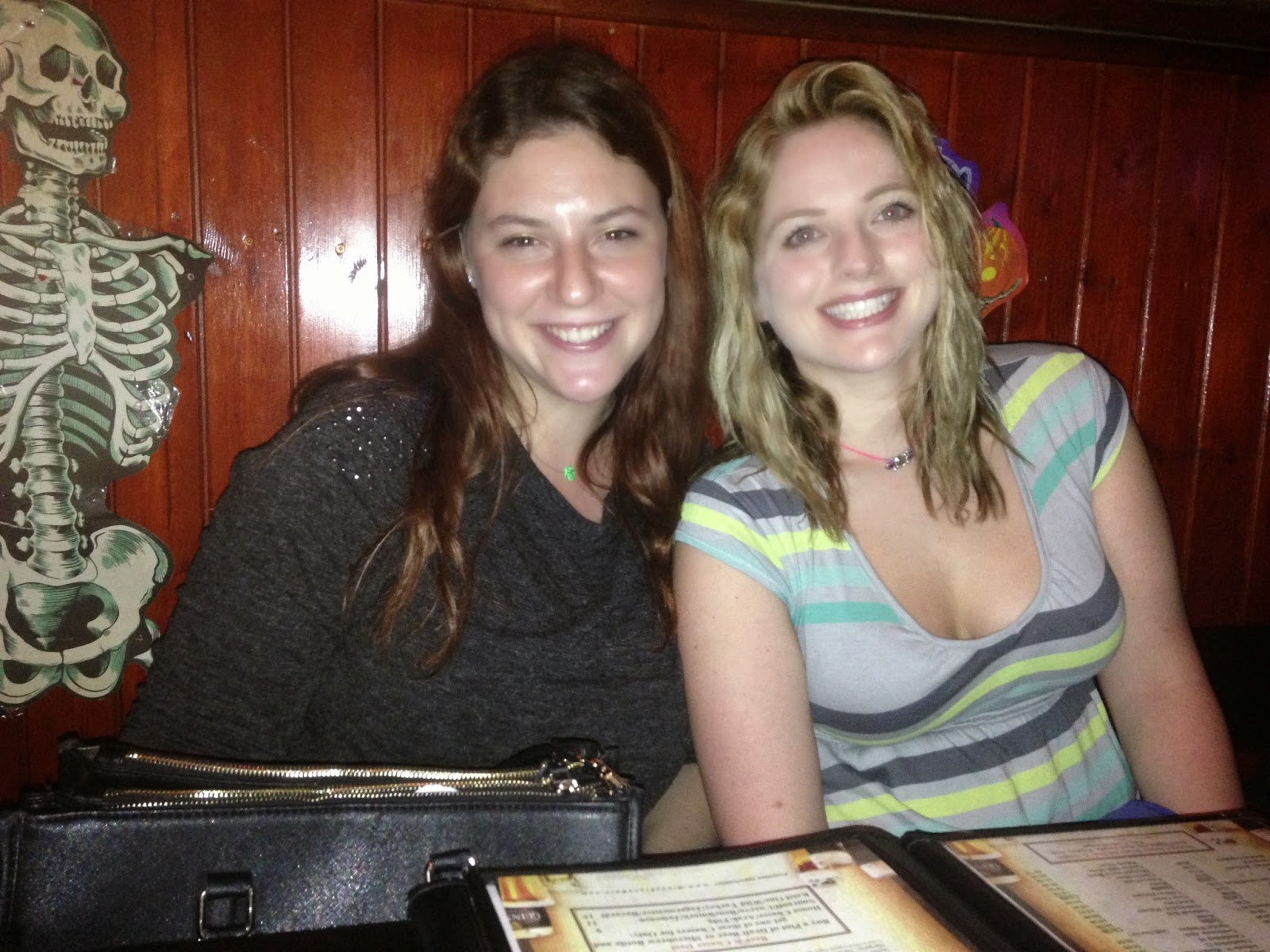 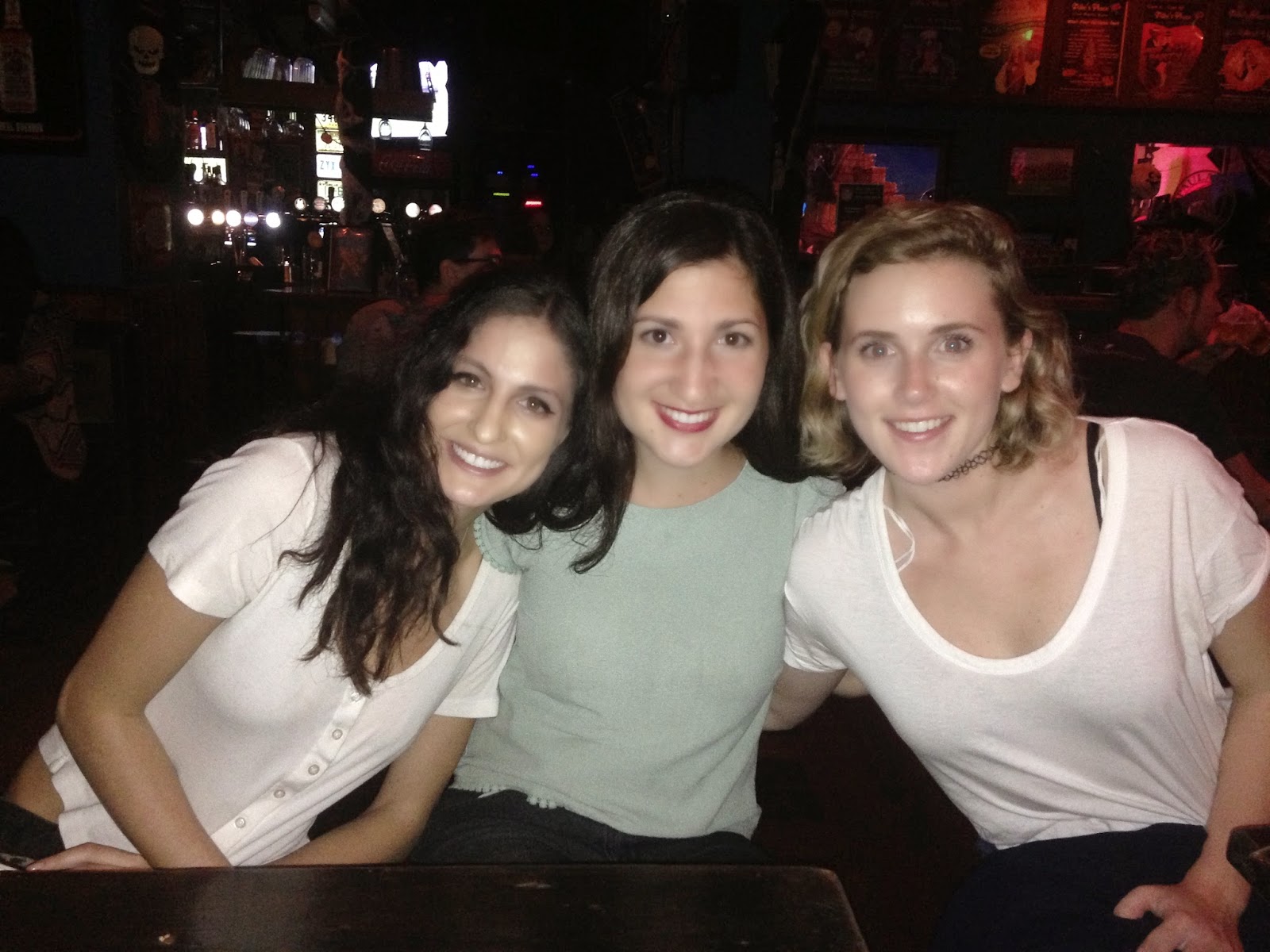 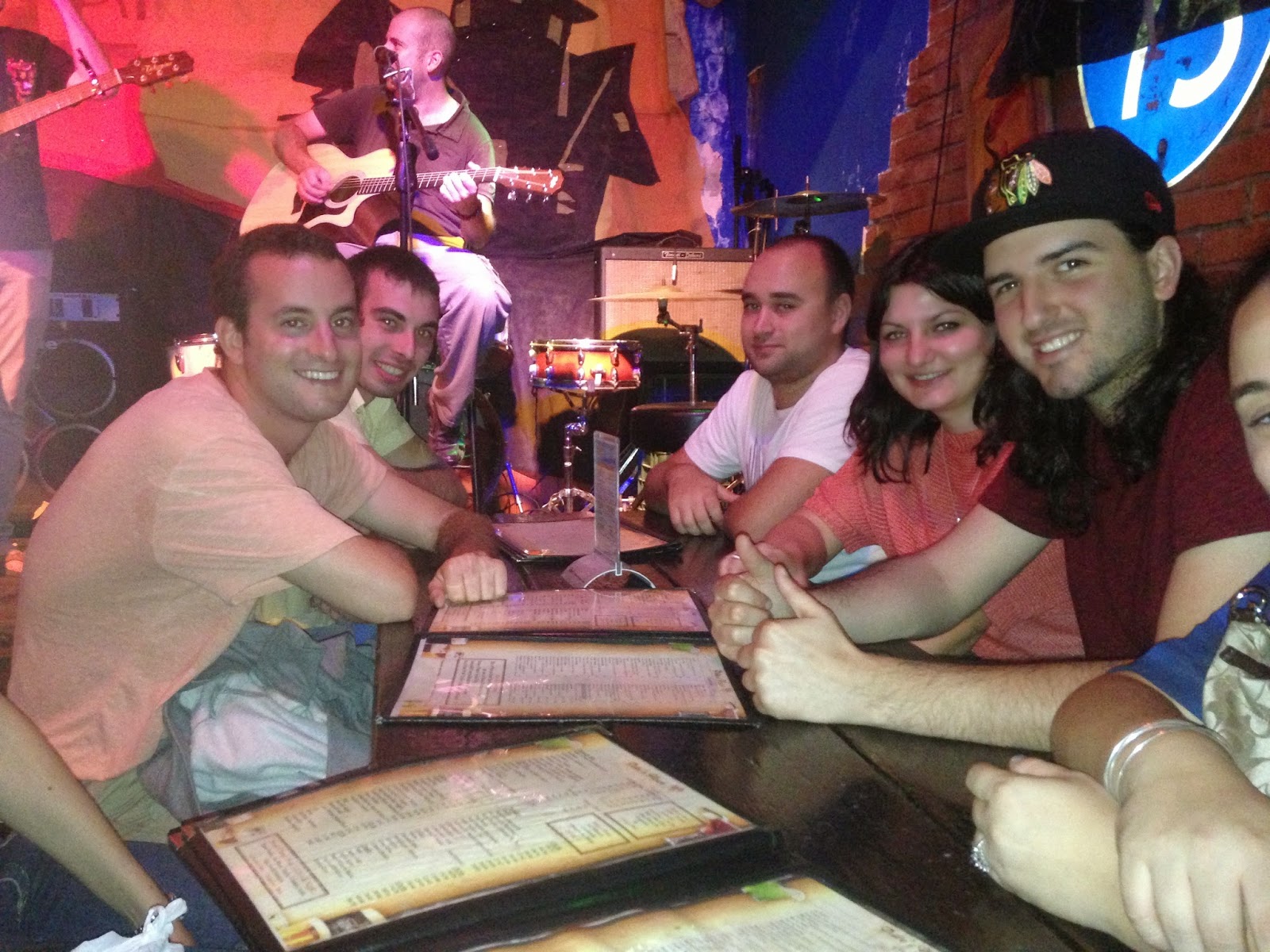 The next morning we had breakfast and then headed to Haifa! This trip was especially exciting for me because on neither of my two earlier trips to Israel did I go to Haifa. We learned from a tourguide, Natalie, that Haifa is a symbol of the world’s ability to practice coexistence. In Haifa exists the Bahaii gardens and a Bahaii shrine, the second holiest site for the Bahaii religion. The Bahaiis believe in uncompromising world peace and beauty in nature. They are pacifists. Some Bahaiis also practice other religions. To me it seems the Bahaiis should practice veganism… I would just think that if they are interested in achieving world peace, they need to also acknowledge that humans are not the only beings of the world. But hey, I could be wrong.

After touring the gardens we learned the port in Haifa is a very old port and was involved in the African slave trade a few hundred years ago. During a single moment everything for me came full circle - I have now been to Charleston, S.C., to Accra, Ghana and to Haifa; all three were involved in the African slave trade. It is so baffling to think people would trade other people as commodities. Going back to my earlier theory - perhaps if they had spoken the same language the oppressors would have seen there was no difference between one man and another, regardless of skin color.

We then went to hear a member of the Islamic Ahmadi community share with us his sect’s views on how the Qur’an has been misinterpreted by millions of people who proclaim themselves Muslims. Omar, our discussion leader, said that jihad is supposed to be a holy war within one’s mind and NOT an interpersonal battle. After a less-than-heated debate with the discussion leader on a few tenets of the religion, we got lunch and visited a small market in an Arab neighborhood. After only five minutes I was able to see the entire market and took advantage of the time to study my Ivrit!

When we arrived back to Tel Aviv three people from my program and I went into the city, had dinner and explored before settling into a popular bar on Dizengoff Street. We met a few German travelers and I got to share my knowledge of how to say 555 in German ;) They wondered why I knew how to say this and not even to know how to say “hello.”

Navigating through the city was difficult because there was a NEVER ENDING stream of participants in the 10 kilometer Light the Night run. It was a pleasure to see so many physically fit people in a city that is smaller than the one to which I am accustomed.

Eventually we made our way back to the hostel and met up with the rest of the group. Together we ventured to a nearby bar where I learned a few Ukrainian words and phrases from the Ukrainians in our group! Ex. How are you: Yak teh?; I’m good: Klows-no. Hello: Pree-veet. It is really a pleasure to get to interact with people from completely different backgrounds and upbringings. We are all so different and yet at the core we are all the same.

The next morning we woke up, took a guided tour around Tel Aviv and headed out for our breathtakingly beautiful voyage through the desert! 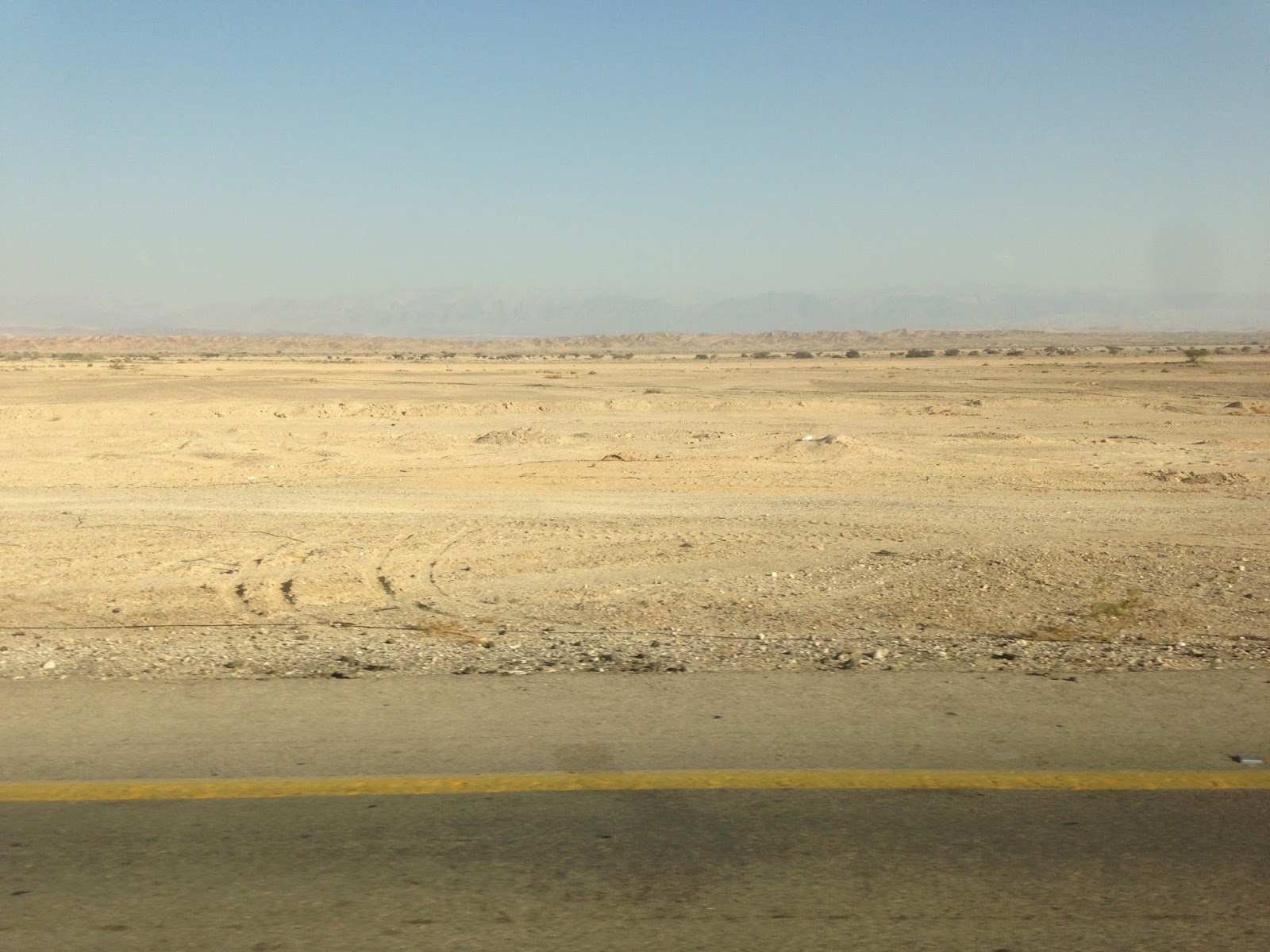 Posted by Rebecca Taranto at 1:32 AM